NordWit is about women’s careers in technology-driven research and innovation in and outside of academia. The objective of NordWit is to enhance and investigate women’s career opportunities and trajectories, with the overarching goal to improve the gender. The NordWit team is multidisciplinary with lots of experienced and excellent researchers to learn from!

The team had a 2,5-day meeting in Uppsala a couple of weeks ago. Among other things we went through some of the interviews that we had done, and I couldn’t help but thinking how much of what was said that I have seen and experience first-hand. Now I don’t mean in my research studies, but in my life as a woman working in the area of Computer Science.

This could be a very long blog post related to this topic of not belonging. In 2015 I got the chance to reflect on this, and I did a key note on being a woman in computer science. The key note was at the WomENcourage conference and was called “On Grit and Being a Token Figure” and perhaps that would be interesting for you and you find it on YouTube here.

After one and a half years with researching women’s tech related careers in Nordwit, we are starting to see results. In Pillar 1 we have submitted one article to review, and we have two more in production that we will submit before end of this year. One of the most exciting results we see in Norway now, however, is that our Nordwit research has built a solid and highly valuable foundation for a new project that has been developed from our collaboration under Nordwit: the FixIT project!

FixIT starts already in December 2018 and will go on for 14 months. Building on our Nordwit knowledge, the aim is to develop a “package” of gender balance competence that will increase the knowledge about how to work for a better gender balance in the innovation system. We are not alone in this project, but work together with actors from public and private sector as well as three networks for women in tech. (More in Norwegian here)

So yes, we are ambitious and hopeful as we aim to fix the gender balance with FixIT!

On the first of November we were a group of people gathered in Stockholm University, invited by Inger Danilda from Quadruple Learning and Karin Berglund from Stockholm University. The issue that had brought us together was gender and innovation and what we need to learn for promoting better gender balance in innovation. Researchers, research funders, innovators themselves and women’s movements were represented. Even if the group wasn’t large, there was a lot of competence, also when looking at the development of the area the last couple of decades.

And here are some of our preliminary thoughts, which will be developed in documents and future meetings, next time in January:

The concept of innovation needs to be broadened in different ways, and we need to investigate how it is used, and what that usage means for different groups of potential innovators. The everyday definition of innovation, connecting it to new “things”, preferably technical ones limits what is recognized as an innovation and how a new idea, with a possibility, for example, to improve work processes or working environment, may or may not get funding to be developed. We also need to reflect on and find out about the relationship between “innovation” and “implementation”, as innovators still are mostly men, but their innovations may be put to use in female dominated environments: if a new product, an innovation, is deployed, but a lot of adjustments are needed from the users for it to function – why should the original innovator with the patent get all the credit, when quite a lot of development work is done by others?

We need to know where innovation happens in organizations – and whether women are there or not, and why. Is it the Nobel Prize problem, where results are often achieved by a group, but only one person becomes visible, i.e. is it actually so that women contribute to lots more innovations that what they get credit for? Previous research indicates that women are pushed to or choose to be in organizational roles (managerial, administrative or below their competence) which are farther away from direct innovation. We need to know more about that.

We also discussed the problem of ICT being so extremely male dominated. Much of the technical innovation today requires competence in IT, and if there are few women with that competence, that may hamper the innovation potential of “women”, at an aggregate level. We need to know if this is the case.

But it is not only the gendering of those who innovate, it also the gendering of those who are the target groups when innovations become products that we need to investigate. Not only if those groups are seen as being composed of women or of men, but also how those women and men are conceptualized. Would the intended use of a product reinforce stereotypical gender roles or not? Is there other uses for the innovation or a wider market for a product, if innovators and developers can free themselves from stereotypical thinking? We need to know more about how innovators and developers think about the user.

Working in diverse teams, both when it comes to gender, ethnicity, age, physical functionality etc, and when it comes to disciplinary background, is seen as a solution to issues like the one about users. However, we need to know more about the pros and cons of diverse teams. While previous research has shown that diverse teams can be more creative, it also indicates that less diverse teams can function better for some tasks. What implications does this have for innovation? How do multi-disciplinary teams function? What about the internal workings of multi-gendered teams? How important is gender balance; or are there also advantages with single sex teams, female or male, with variation in discipline, ethnicity, age, functionality etc?

These were just some of the issues discussed. Gender and innovation, in particular when also counting in social innovations opened up as a large research field with few trodden paths. Finally, we also stated that we were there to discuss research, which is basically an activity separated from the innovation activity itself. While action research is one way of doing research, trying to directly influence an activity, the main task of research is to find new knowledge about different, often vague issues. This knowledge may or may not feed into improvements, for example gender-wise, in the innovation sector, but whether that will happen, how and in which time frame, cannot be told until we have the results. 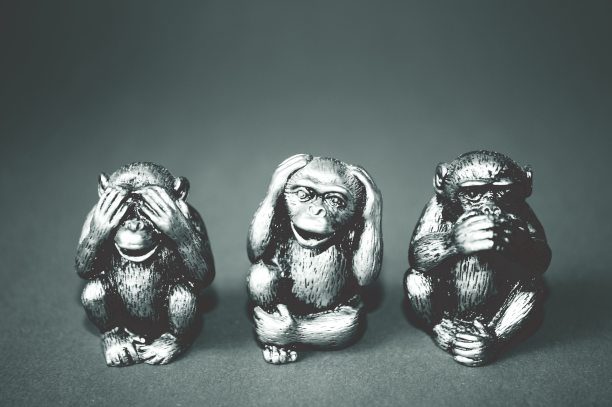 Doing research has been particularly emotional to me this year. All phenomena that I have studied as a feminist anthropologist have been emotional, but this year I have specifically focused on emotions as part of the knowledge making in the expert interviews that we have made in Nordwit. The aim of these interviews made with women and men who represented local universities, as well as public and private sectors, was to understand the current RDI situation in the region of Tampere.

The interviews were made during the merger process of three local universities. The new university that will start next year is expected to create positive “buzz” in both science and industry. In the interviews, we were particularly interested in the ideal academics that the new university is hoping to attract; and the mobility of the former/current researchers. The university policy in Finland emphasizes the need to lure (global) excellences into universities to ensure the high quality research and the success in global competition. In practice, this means that the research inputs, especially number of publications in the highly ranked journals and received external research funding are the most valued merits while recruiting new people at the universities. This recruitment policy was supported by many of our interviewees.

As a researcher who has been working all her career with short-term contracts, these particular interviews felt very emotional and personal to me, because I had to wonder whether my own academic background, lists of publications and received funding, would be considered as less ideal in this meritocratic university. Therefore, I must consider, how these emotions affected the interviews, in other words, what kind of affective space the interviews came into being; and how the knowledge of the paths of gendered research careers became generated in this space?

Reflecting emotions is an essential part of the feminist and anthropologist knowledge making. For example, feminist scholar of international relations, Megan MacKenzie (2011, 692) writes that “reflexivity should place emphasis on the ways in which the consumption, exchange, and witnessing of emotions through research alters and affects the researcher and the research process.” We know from somewhere, from our socio-cultural positions and from our bodies. We cannot erase emotions from our analysis; instead, they must be considered as affective element in our knowledge making. Through them, we might learn new things about researchers and their career choices and opportunities.